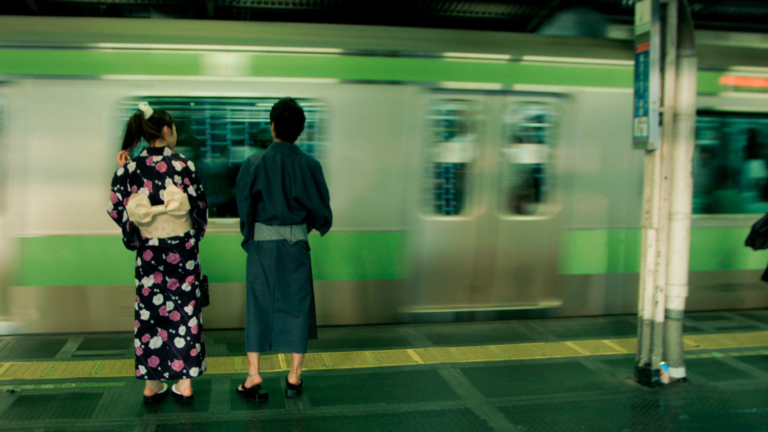 Is an art-house experimental documentary about a country and a culture torn between a millenary tradition and vibrant modernity.

“Ants and Cicadas” is an art-house experimental documentary about a country and a culture torn between a millenary tradition and vibrant modernity.

In this work Miguel Eek establishes so to speak a dialogue between “what is beautiful and what is sinister” and explores from an anthropological perspective and in a humorous way several attributes, inclinations and fancies of contemporary human beings: cellphones as shields vis-a-vis others and solitude; photography as a beautifying tool of our outer life; physical exercise, between an ancient ritual  and a narcissistic practice; tourism, as an elixir against the emptiness of a society geared towards work and productivity. These and other contradictions are the ingredients of a wandering voyage around Japan in the 21st century

With “Ants and Cicadas” I take on again, one decade later, a genre from my days of youth: travel diaries, which I had delved into through short documentaries like “Sankari” (Finland 2004) and Durum (various Mediterranean countries,2006). It is an exercise consisting in observing the outer world but also one’s inner self at a particular point in time and space. The filmed material is the response to an impulse, not to a story with a plot, in which the conflict, if at all, unfolds between the subject captured by the camera and the viewers themselves.

A close look into daily routine can be a healthy and thoughtful means to approach another tempo that makes us confront our own contradictions or introduces us to other ways of living. That is what “Ants and Cicadas” is partly about, or intends to be: a friendly voyage to homo sapiens in the 21st century.