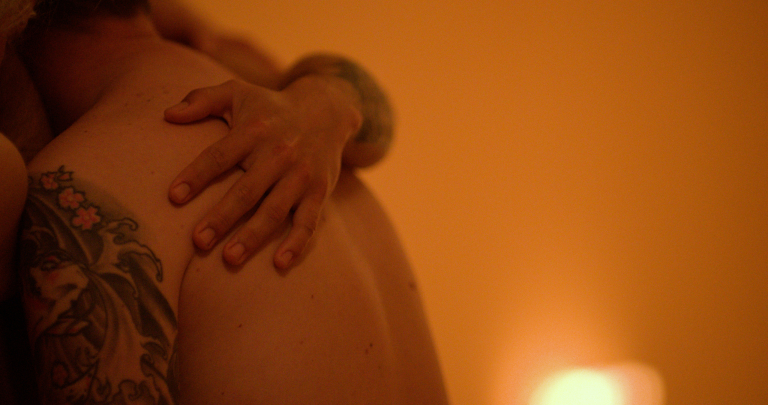 Twelve men retreat for a weekend to a country house to face a personal and collective transformation. The goal, to rethink their masculinity in an open way and share their emotional wounds through radical physical and mental dynamics.

Twelve men go on a retreat together during a weekend to a country house, in order to face a personal and collective transformation. They are twelve wounded men that try to gain back their relationship with other men with less masks and blocks, to trust each other again and get in touch with their vulnerability.

During the course of three days the men are guided by Rai (an instructor on new masculinities) in an experimental process where the relationship with their fathers will hold a central role. Rai will propose physical and mental dynamics that will test them. The goal is to experiment and rethink their own masculinity in an open way: sharing together the wounds that they carry, the limitations of their beliefs, the fears and blockages.

New Men portrays a tribal journey full of surprises and with a cathartic ending, to pass through along with their companions, something that wasn’t possible to make with their own fathers.

Project selected in:
Previous
Next

My notion of what it is to be a man is inspired, as for many others, by my paternal referent. My father’s character sculpted my conception of masculinity, and it crystallized in the man I am today. It took me many years to come to terms with a certain emotional self-censorship, which appeared by fear of being identified with attributes as weak or fragile, attributes that do not “correspond” to the values of masculinity.

During years I have come upon other heterosexual me like me that also do not agree with the predominant masculine role. Men with whom to share conflicts, contradictions and empathize despite the differences; not only from reason, but also connected to emotions.

Paternity has entailed an opportunity to rethink myself as a man, my role, my sensibility, the values I pass on to my kid.

A few years ago I met Rai Crespí, an anthropologist and therapist that has been working for over a decade the matter of masculinity. Rai told me about the workshops where he accompanies other men to stop, listen and initiate self-discovery processes. I was interested in the cathartic and cinematographic aspects of his stories, but also because his job was born from his personal crisis, his own search and methodology are from a practical approach rather than a theoretical distance.