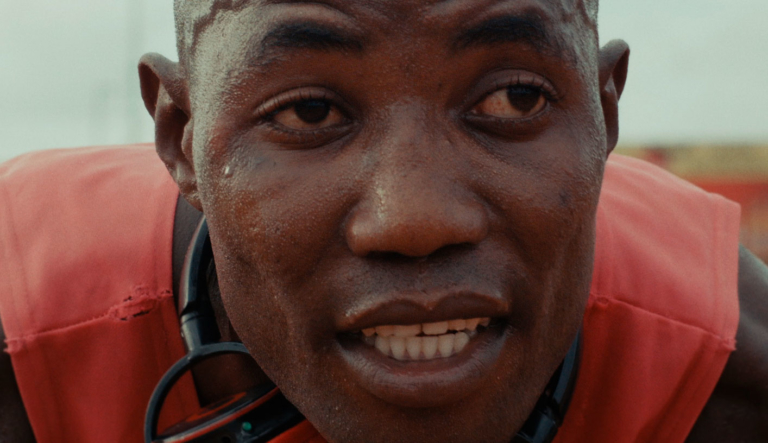 «He runs six hours every day: people think he is mad, they call him Machine.»
Atletas

«The story about a man of incredible potential, a great spirit of sacrifice, perseverance, resolve and desire for self-improvement without equal.»
Koldo Larrea. Correr y Fitness

Machine is a guy from Senegal whom everybody has met or heard about in Guinea Bissau but no one knows his name. They nick-named him Machine because he spends six hours running every day.

Although he doesn’t stand a chance to become part of the athletic team of Senegal because of his age, or the athletic team of Guinea Bissau, since he isn’t from there, Machine carries on training in the hope that he might be taken into account some day. Thus, he must be ready. Because he devotes so much time to training the locals also call him the madman. “You run too much. You should stop,” they tell him. Machina just says “it is normal” because “they aren’t acquainted with that sport.”

Official selection in:
Previous
Next

While shooting a documentary on Amílcar Cabralin Bissau we frequently ran into a peculiar character who’d run fast amid the city traffic. Machine is a utopian nutcase, excessively committed to sport and health. He is physically built like a professional athlete but his lifestyle was like that of a homeless person who got by thanks to charitable souls that gave to him for free sports clothes, food and lodgings. That contrast in him as well as his determination, self-sacrifice and optimism made Machina lovable to us. We took shots of him running around the streets of Bissau and discovered his past but above all we found out the genuine way in which he faced live.