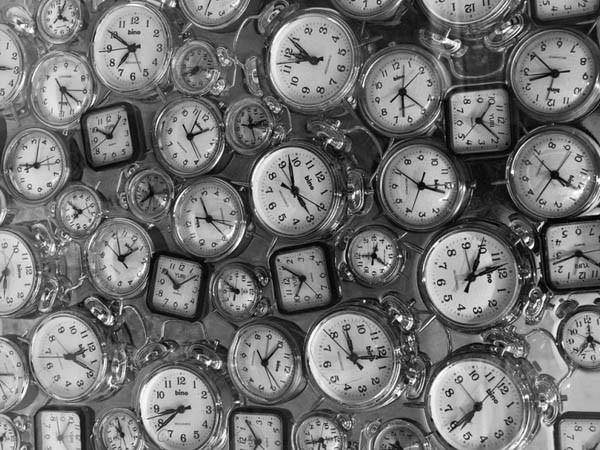 In a questionable attempt of not losing viewers, the television (and some cinema) acquired in the nineties an increasingly accelerated editing rhythm. The ellipsis –avoiding the ‘superfluous’ moments of a story to address directly the ‘interesting’ ones- turned to the key and necessary resource to reach this end.

The manipulated acceleration of events sinks us into an always-vibrating state. A state in which each shot is shortened, pushing us forward, directing us frenetically towards an imminent novelty that usually never arrives.

However, this rapidness is finite and it’s conditioned by our capacity to assimilate images, emotions and concepts offered to us. Usually, this extreme acceleration drives us to a void and an insubstantiality that threatens with short outing the desire to watch television. It is precisely in that downtime, subtly suppressed in the editing room, in which we as active spectators can assimilate what is seen, entertain ourselves or get perspective.

The problem doesn’t lie in that certain contents have an abbreviated cadence, but in that this acceleration has settled as a norm that reaches almost all of the totality of the television programming. For a deep interview, a character documentary or a debate, rushing does a disservice. Nonetheless this haste trend has contaminated them with the excuse of not making them boring.

Thus, compared to other types of more selective means of expression, we spectators have become accustomed to a syncopated rhythm, which directs television to a sedative end, irremediably incompatible with reflection or critical thinking.

As an audiovisual production company, we are reluctant to succumb to these trends, and we claim the relevance of a space for productions that are not sweetened by haste, but that allow us to think and feel. Even though, a priori it can be formally rough, a more leisurely tempo, allows that, in the face of the dead times of television, cinema and life, one can escape, or live them with awareness and extract a subjective meaning.

In an uncensored silence, a lost look or a prolonged tension we can find, perhaps, the magic instant that appeals only to us; the ultimate reason why it was all worth it.