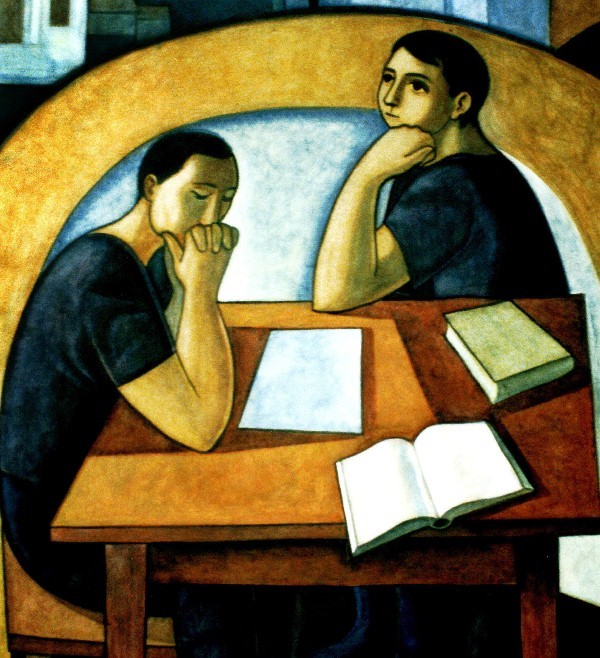 In the Vienna of the beginnings of the 20th Century, the political class enjoyed assisting to the theater and concerts or consuming all kinds of literature. Their example encouraged the population to interest and enrich itself with cultural experiences. Today, the Spanish political class masters a language rich in economical terms, but one that does not particularly shine for its cultural upbringing. This can be perceived in their discomfort while participating in cultural activities.

From ignorance, it is impossible to support something ideologically, in appearance of no use, like culture, and this ignorance reflects on the data offered by the Annual Cultural Statistics. Culture enriches us personally: it opens our mind to different views, it develops our sensibility, it brings us closer as a society and it helps us integrate. From a purely practical reasoning, there is a clear link between culture, creativity and innovation that favors, without a doubt, the economical and social progress. Due to this, artists and creators have helped and continue on helping companies and institutions to approach, from innovation and creativity, the challenges that a changing society like ours has.

Up until today, in the Balearics, the political justification to support culture has not been particularly social, but greatly economical. To link culture with tourism has been the main door to financing the Balearic culture. This reasoning encloses a subsidiary vision of culture; it conceives it from the practicality and as sustentation for tourism, producing, as a consequence, a utilitarian culture, oriented towards the outside, but far from the local sensibility.

Culture is alive; it spreads freely and intimately, disobeying the immediate pretensions that the political class designs every four years. Its nature is not necessarily mercantilist, nor profitable, and because of this it needs backing: with reasonable taxes, protection measures, tax incentives, creation and exhibition spaces, education in schools and aids.

Is it possible then to reach an agreement with the political class that guarantees the sustainability of culture? It is unknown to us, but it’s clear, that if not reachable, we will lose a one-off chance to mend the dehumanizing tendency that we as a society face.

As an audiovisual production company, we perceive this fear of culture closely in the industry we are bound to, our public television; the reflection of who we are and who we want to be. It is hard to understand how not a single purely cultural program has been aired in the decade of its existence. Up until today, gastronomy is the only ‘cultural’ food that the Balearic television regularly offers us. The new direction that IB3 is taking should correct this historical mistake and take advantage of the potential that television has in connecting culture and society before it’s too late. We should rethink our sociocultural foundation and rethink without fear, the current television model of distraction and sedation of the population. Above all, it is key to create a sustainable, modern and plural programming schedule.

Only by safekeeping and enhancing the existence of this culture, it is guaranteed that ideas exist that inspire us social and personally and only so is it reassured that our differentiation and cohesion exist beyond uniformed thinking.